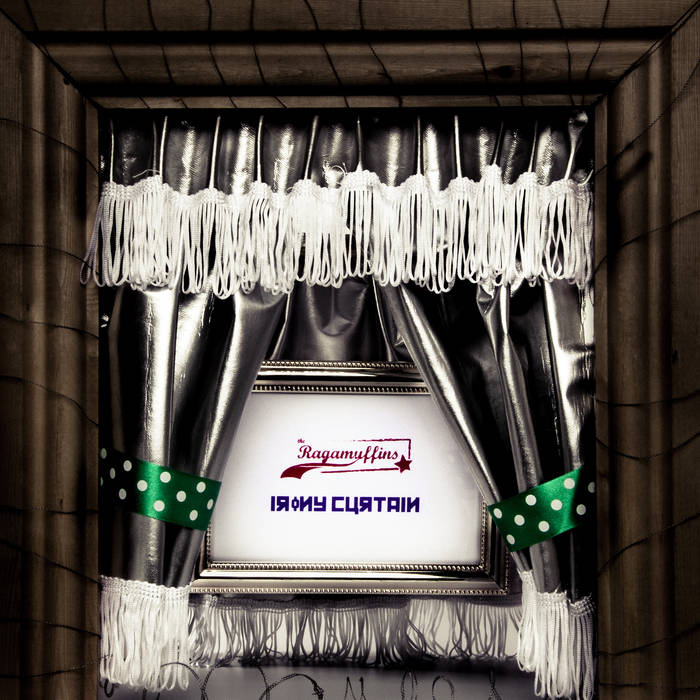 'Irony Curtain' was The Ragamuffins' first "comeback" record, and their most ambitious to date (at the time!). Rooted in the sounds that have come to define their corner of the United Kingdom, the band have stitched together a record of love, loss and life on the dole in Coalition Britain - recession rock you can dance to, if you will.

NOTE: Tracks 10-15 segue into each other to form a 'medley' that closes the album; unfortunately, due to the way Bandcamp works, if you're streaming the album online there's a slight gap at the beginning of each song. Sorry! We've checked, and this isn't an issue with the downloads; it all sounds as it should.

We've added a few extra tracks and uploaded the more up to date versions of Let You Down and, of course, the album's signature track, "Generosity Killed The Fat Cats". At the time of recording we were absolutely flat broke, and Ed, our wonderful and beautiful friend who funded most of this thing through 7L Recordings was hardly Elon Musk himself so some of the songs aren't as crisp as they SHOULD be. It's the 10th anniversary of the record in 2022, maybe we should re-record the rest as a special treat!

Hope you enjoy it anyway, warts and all!

The Ragamuffins are a little bundle of joy of a band with vocal melodies soaring high above swirling organs, soulful brass, chiming guitar, driving bass and heart-pounding drums to deliver perfectly packaged, virtually irresistible indie-pop songs that have earned wholehearted recognition and airplay far and wide and continue to put beaming smiles across faces. ... more

Bandcamp Daily  your guide to the world of Bandcamp